Koalar is an app that enables travellers to help the environment. 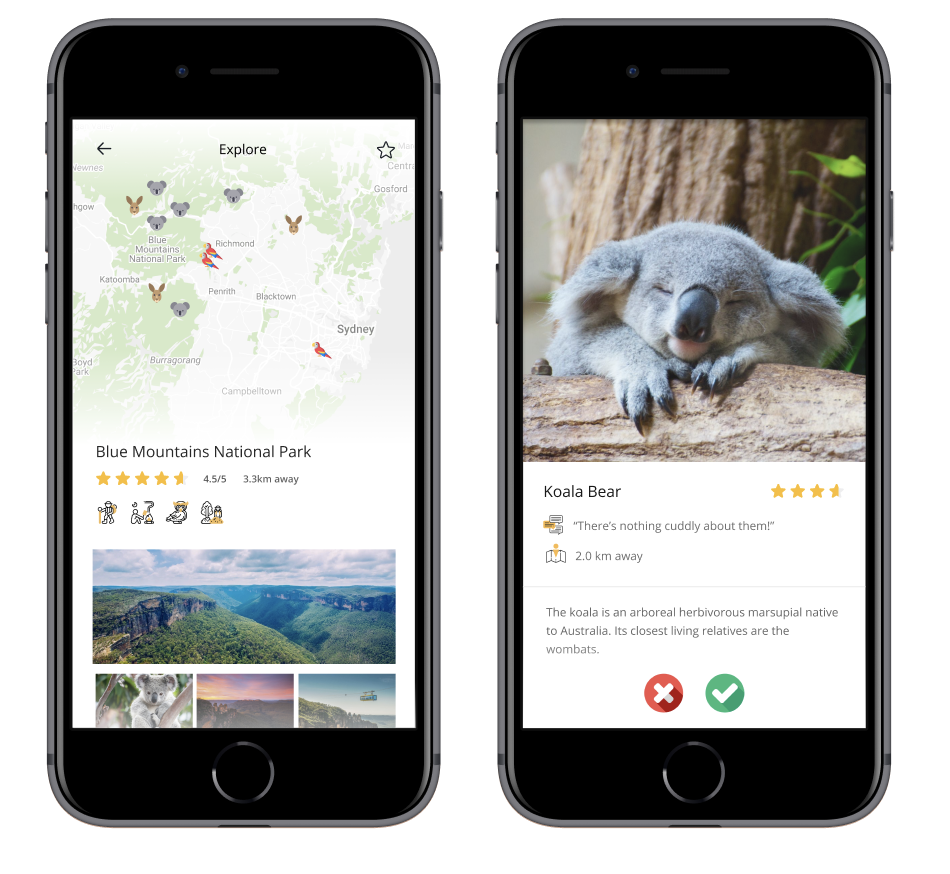 Koalar uses the SEED and CSIRO datasets to map where the native animals are in Australia. It presents information on different animals in profiles, and just like on Tinder, travellers can swipe right to match their favourite animals that they want to visit. The app then shows the users the locations with the most sightings in recent years according to the datasets. 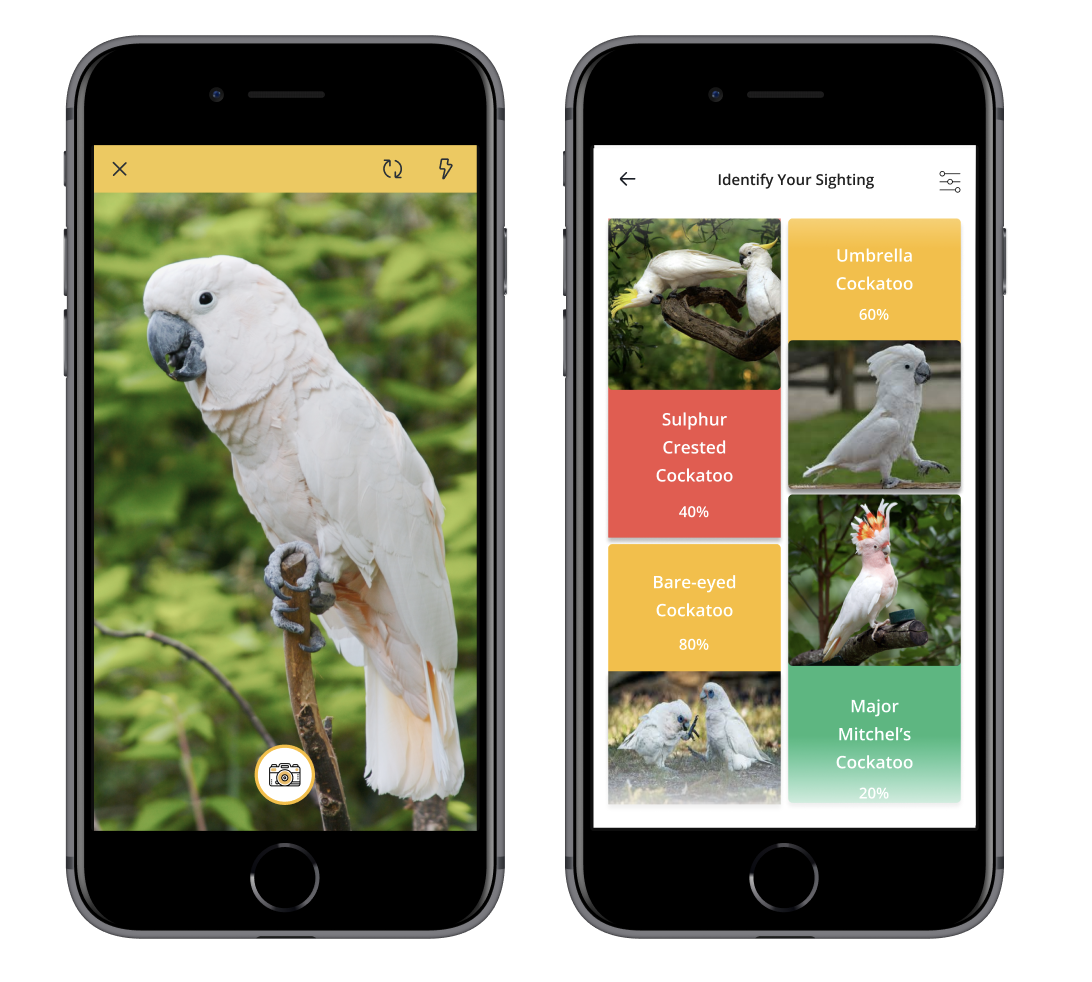 When a traveller has spotted an animal, they can take a photo of the animal, and submit a sightings report. The app then uses machine learning to determine which animal they have spotted. This allows the traveller to submit any sighting of native or endangered animal species to scientists, while also providing evidence with their photo, and helping other travellers find the same animals in the future. 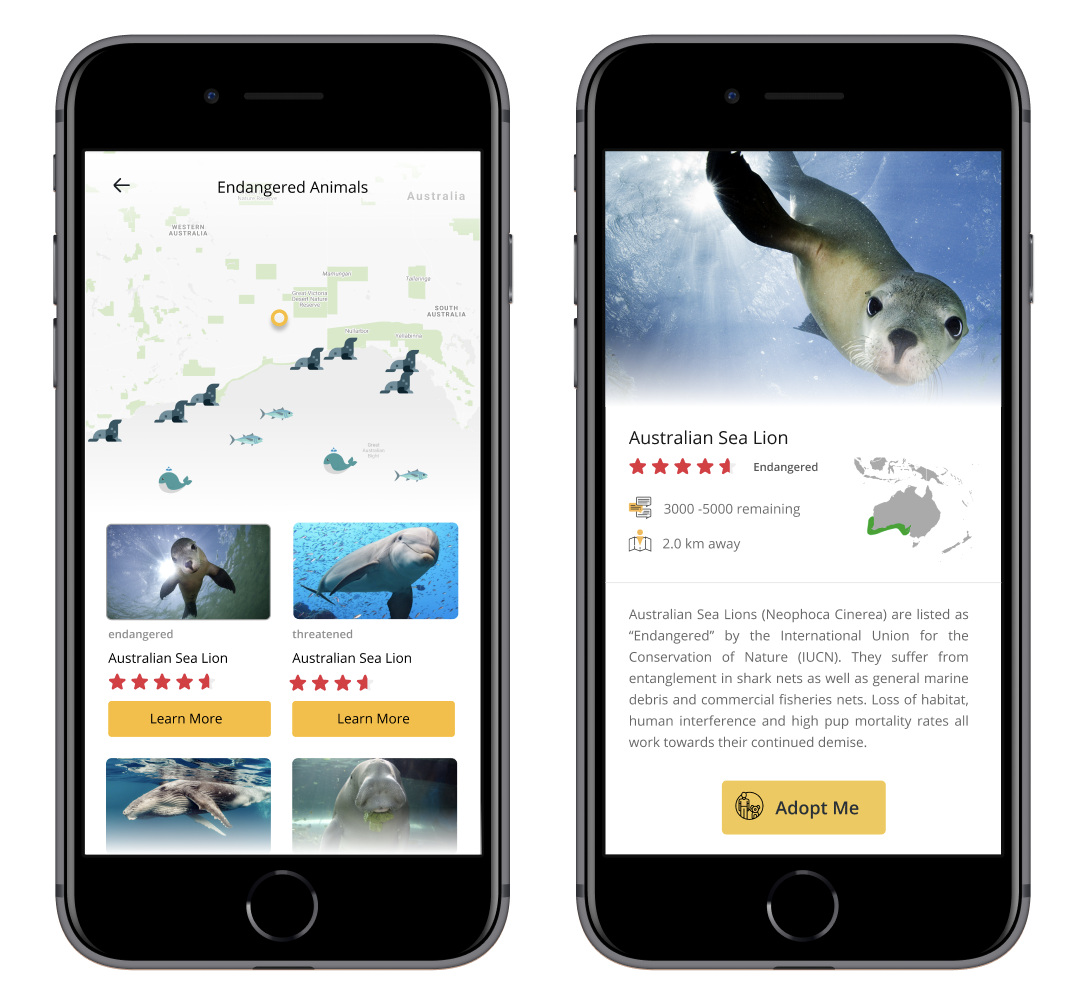 Koalar also helps conservation efforts by showing users endangered animals in their area, and educates users on how they can help the conservation efforts, whether by picking up plastic from beaches nearby, or by volunteering at the local non-profits. Users can also adopt an animal on the animal profile page, which allows them to donate to the charities that are helping the adopted animal.

We are retrieving the SEED and CSIRO datasets to get sightings of animals on land and in the ocean, and clustering them to find locations with the most accurate and recent sightings for any animal chosen.
We are using data on animals including their conservation status (how threatened and endangered the animal is), population size, and non-profits helping the animals to tell a story about the environment and the animals depending on it. We hope by making this data more accessible and useful for travellers, it would encourage people to be more aware of the impact of their actions on the environment and the animals within it, which would help combat climate change.
By allowing travellers to submit sightings with photos easily, and using machine learning to help users identify the animal and specifies they have spotted, it would help scientists study the animals by crowdsourcing more data on animal movement and population.

Description of Use: Using Atlas of Living Australia

Description of Use: Source for sightings

Description of Use: Sourcing location data

🌟 The three C’s of innovation – combination, collaboration, and chance.

Australia@Sea: what is our future relationship with the ocean environment?