Jianxiang Shi and 4 other members with unpublished profiles.

Due to the deterioration of the environment, the occurrence of extreme weather is getting more frequent, which is closely related to continuous industrial development. Many species lost their habitat due to the neglect of protection of the ecological environment. Hence, how to awaken people to protect animals has become one of the essential issues in this era.

Compared to making the minds of adults change, cultivating the next generation, who represents the future, to respect the ecological balance is far more vital. Also, teenagers and children are more willing to accept some fresh thoughts. Hence, we devote ourselves to designing the app for the group of children and teenagers.

What do we aim to do?

Our design aims to stimulate ACT youth's desire to explore nature, thus making them aware of the importance of protecting the plants and animals around them. Ultimately promoting a future where people and nature live in harmony.

Australia is a land that is famous for the biodiversity of both flora and fauna. However, some people, especially teenagers may not know much specific information about animals and plants. If they do not have basic knowledge of the species, it is quite hard to make them willing to have further ideas to protect the species.

Why do we design it as a game?

Considering our target audience is a group of children and teenagers, we hold the view that the traditional mode of inputting knowledge, such as paper books or a visit to the museum, might not make them feel interested.

Combining the games with education may leave a deeper impression on them. Therefore, we will take gaming as the main function of the app, while education and social media can also be realized in it. Teenagers using the app can be close to nature, enrich knowledge about flora and fauna, learn about the propensity of endangered animals, and make friends with peers when using the application. 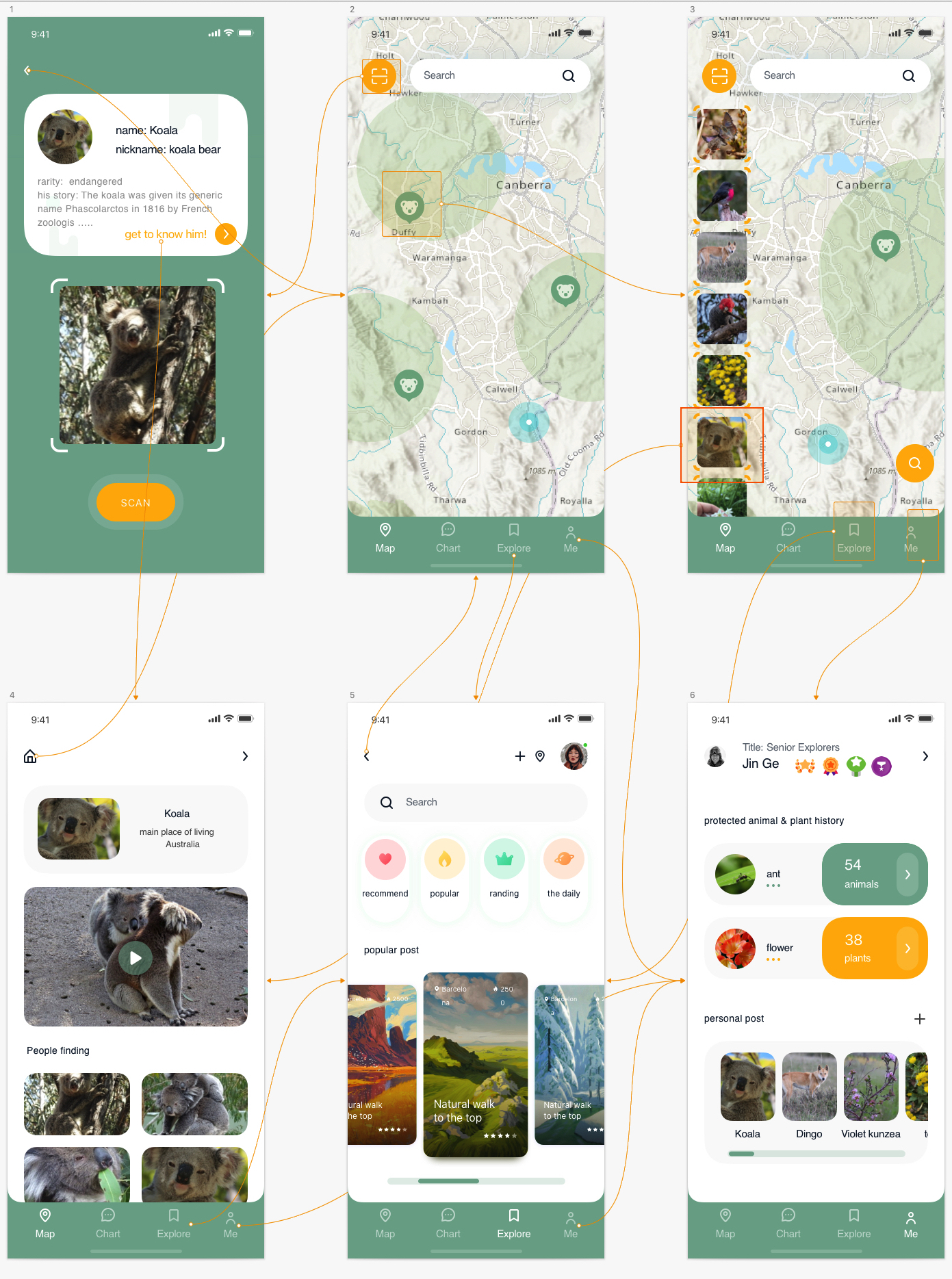 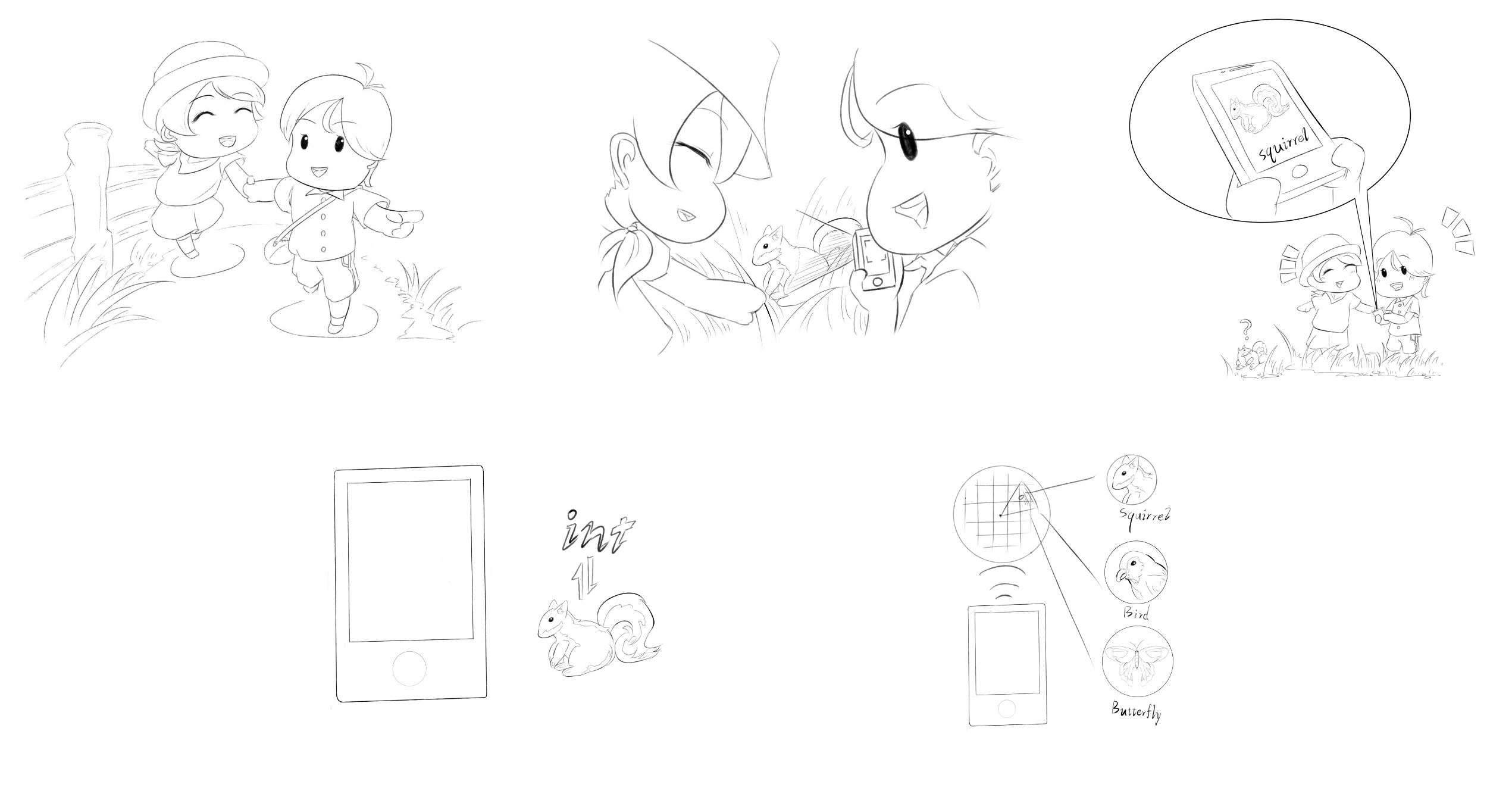 Combined with these databases, it is possible to build a network of games throughout Australia. No matter where the user is, he or she can point to what plants and animals are around and what plants and animals are threatened or harmful in the surrounding area, and such a design will enable all children and young people in Australia to participate in this game. Sharing among friends and updates from people can increase the attention of the game in the community, and make people understand that these plants and animals, which are usually found in encyclopedias, may be just next to us.

[For How can we beat Gamba Grass?] Risk to Biodiversity in the Wadeye Area, 2021

[For How can we beat Gamba Grass?] NT Weed Records (points)

Description of Use By connecting to this database, the app can automatically report to the relevant department if the location of the user uploading new discovery weeds is not in the discovery record. The relevant department can decide whether to update the location information of weeds in the database based on the reliability of the information uploaded by the user.

[For Discovering our region’s environment and biodiversity] Canberra Nature Map

Description of Use By comparing the species of threatened animals in this database with the Database of species in Queensland, it is possible to more quickly filter out which species are threatened in Queensland and to mark a more comprehensive range map. To avoid disturbance of these habitats, there are no rewards in the app for scanning rare animals in the habitat, and a pop-up message about legal action for harming rare animals. .

[For Queensland Challenges Environment]Database of species in Queensland

[For Discovering our region’s environment and biodiversity] Threatened Fauna Habitat

Description of Use With this dataset, we can collect the potential locations of the threatened animals. With the same way, the animal living range will be marked in the map of our application (Only approximate ranges will be given, not precise habitats of organisms will be marked). The name of the species is also presented in the dataset, their name can also be searched in our search function. Hence, this dataset plays an important role in our design.

Description of Use This dataset provides us with valuable information about endangered plants and animals. Potential areas where endangered plants occur are displayed on the dataset. This allows the application to show users what flora and fauna are around them and which of these animals and plants are endangered and which are harmful to the environment.

Discovering our region’s environment and biodiversity

How might ACT data encourage children and young people to appreciate and engage with Canberra’s environment and biodiversity?

Eligibility: Must use at least one ACT Government data set from the Geospatial Catalogue (actmapi-actgov.opendata.arcgis.com).

Go to Challenge | 11 teams have entered this challenge.

How can we beat Gamba Grass?

How can we reduce the risk of fire and damage caused by gamba grass to the natural environment, life, property and infrastructure?

Go to Challenge | 8 teams have entered this challenge.

What can we do to ensure the sustainability of Queensland’s natural environment?

Eligibility: Must use at least one dataset from data.qld.gov.au.

Go to Challenge | 7 teams have entered this challenge.